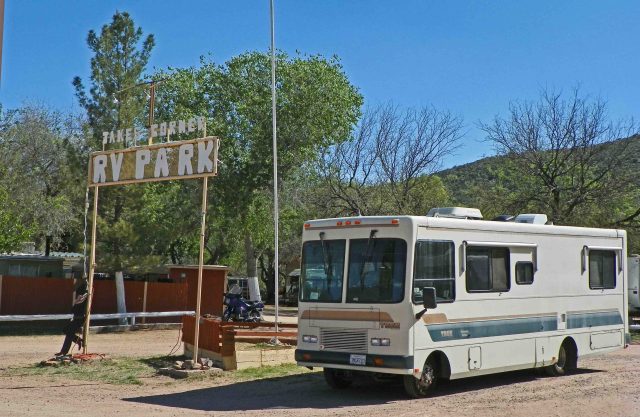 Twenty-five miles north out of Roosevelt and 3 miles before reaching the highway that connects Phoenix and Payson, is the town today known as Jake’s Corner.  The town began as a stagecoach stop in 1916 on the homestead of Annie Hardt.  Annie had an honor system vegetable stand for travelers.

Today there is a general store, an RV park with about 60 residents, and Jake’s Bar which serves locals and bikers. 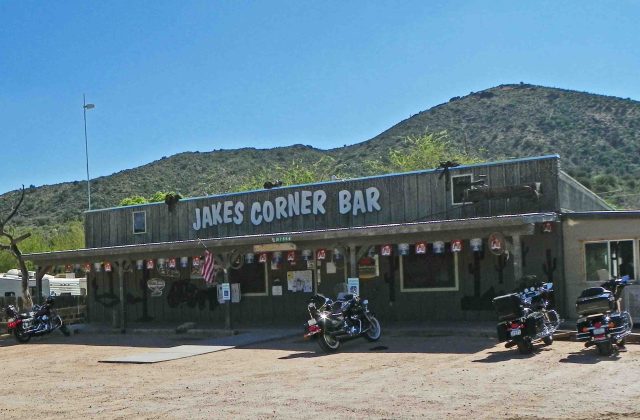 Like Tortilla Flat, there were movie-set store fronts except in Jake’s Corner there was nothing on the other side of the weathered, painted planks. 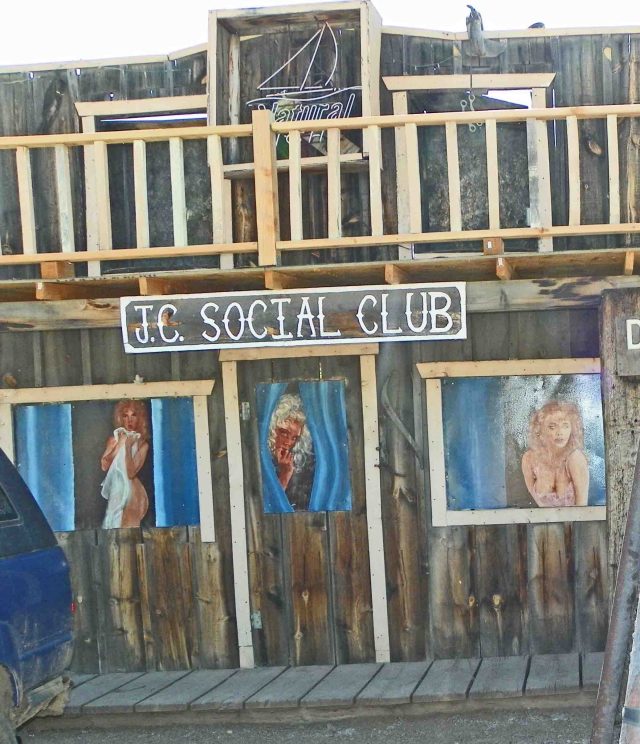 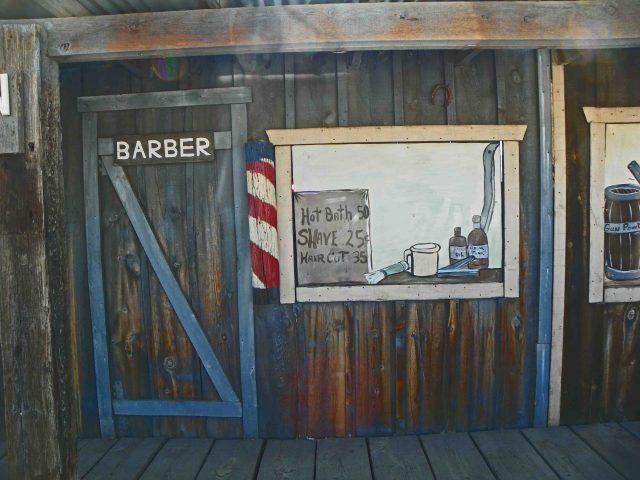 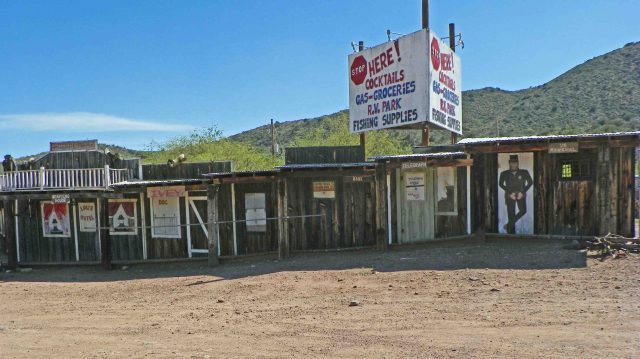 The town enjoyed some big-time notoriety as recently as 2008 when it lent its name to a film that used the town for its setting. 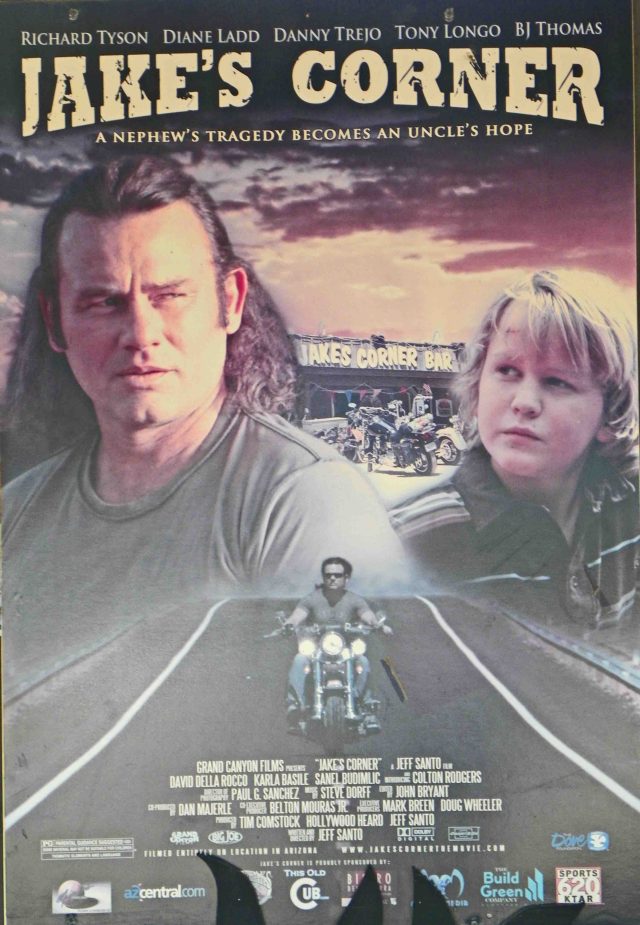 The 2008 film “Jake’s Corner” never came to a theater near me. Without mentioning whether they were describing the real town or the make-believe one, IMDB.com says this is  “a rest stop for travelers making their way through the Arizona desert, but for the people who live there, it’s a rest stop for life.”

I stopped for an hour and managed to talk with an 18-year resident who told me little about the town but spun a good yarn about how he got shed of his wife.  Tune in tomorrow.