Sunday night I returned to the Jolly Swag after a great meal with my new friends in Eureka Springs.  They are all Eureekies, but only one, Freya, wife to Chaffyn, was an Arkie.  Chaffyn and Freya have been married but a few years and are still unabashedly affectionate.

Of their four-decade age difference, Chaffyn says,  “I’d love Freya even if we divorced.  After all, she’d still be my daughter.”  It was a joke, I’m sure.  Well, pretty sure.

Chaffyn lent his kitchen to me to cook up a mess of tilapia.  He improved on the traditional Levenson family recipe when he suggested crushed corn flake breading instead of corn meal.

I left the feast with a doggie bag that included three leftover pieces of fish and a helping of the pot roast Chaffyn had prepared for a later meal.

I did collect more tidbits of the personality of Eureka Springs.

This is the Bible Belt, and there are two churches on every corner.  Plus chapels–ES is second only to Las Vegas in the number of wedding chapels.

I inferred from one remark that small plots of marijuana abound, including one cultivated by the CIA–presumably to infiltrate the agricultural community.

Christ of the Ozarks dominates the landscape and welcomes busloads of people to the nightly passion play, as well as a Christian-themed musical theater.  The statue is sixty-five feet tall.  Originally designed to a height the FAA would have required a flashing red light at the top, its feet were cut of by the artist. 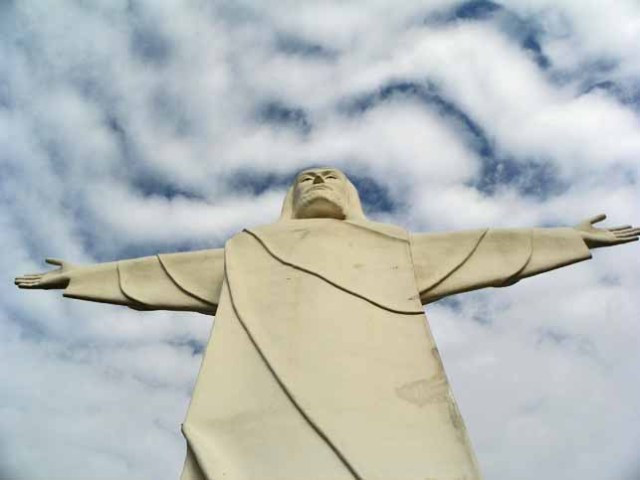 ES is famous in Arkansas for its grand Victorian homes.  But for a traveler that hails from the San Francisco Bay Area, who lived in Alameda, and cycled Petaluma, the Vics of ES are unspectacular.

Alongside the Christian community are about 600 gays, who claim this is a town where the misfits fit.

There is a piece of the Berlin Wall.

Despite the local artists’ community, make no mistake the major cash crop is tourism.  There are 3000 hotel rooms in this town of 2000 yearround-residents, as well as scores of Bed&Breakfasts and a writers’ residence.  Most of the hotel rooms were posted around $35/night—of course, now it is way off-season.  But the one 4-star Crescent Moon Hotel’s rates started at $220.  The hotel is a recycled hospital, which began as a hotel.

The lobby has a fireplace as grand as anything I’ve seen east of the Awanee hotel in Yosemite, and two organs, one of which has a slot for a quarter that will get the music rolls going for a couple of minutes. 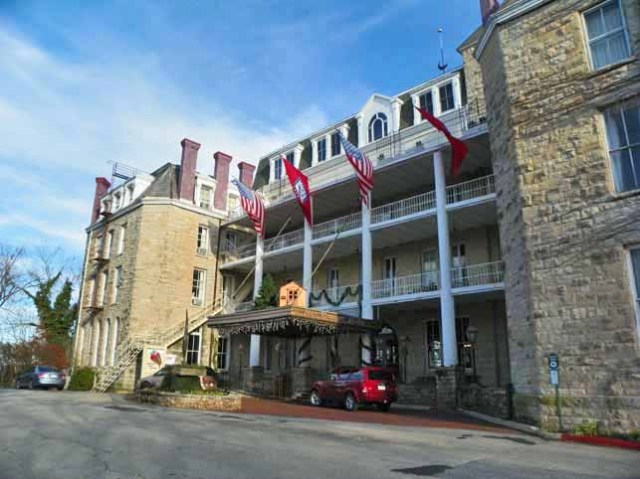 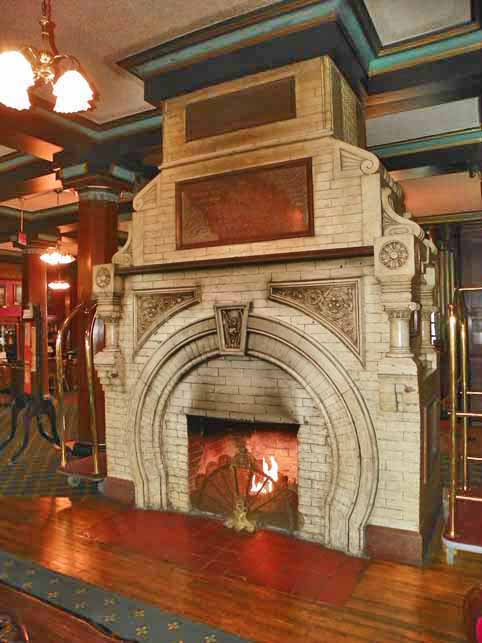 I’ve been running the furnace a lot of late and had run the propane so low that the furnace would not ignite.  I had already decided that Monday would be the day to Get South.  I passed up an invite to find the village of Hogscald and got going early on the shortest route to the Gulf—nothing like a cold morning without heat to help decide the day’s route.  I backtracked to Fayetteville and southed on scenic route #71.  I missed a turn at Ft. Smith, which I figured out when I saw the Welcome to Oklahoma sign.

I passed through Fort Smith without raising the Old Broads I befriended a year ago in Monterey. (https://allevenson.wordpress.com/people/some-old-broads/).  I continued south out of impending winter and caught up with late autumn’s colors, now muted with a dollop of rusty brown over the fading oranges, yellows, and pinks.

I aimed for Texarkana in the corner where AR, TX, and LA come together.    But overcast and a fifty-yard fog combined to dim the light early.  A Walmart appeared on the highway at 4 p.m., and I called it a day–just in time for the rain to paint gentle gray sounds on the roof.