You don’t have to be a bicyclist to appreciate the photos below­––the first tandem recumbent bicycle I’ve ever seen. 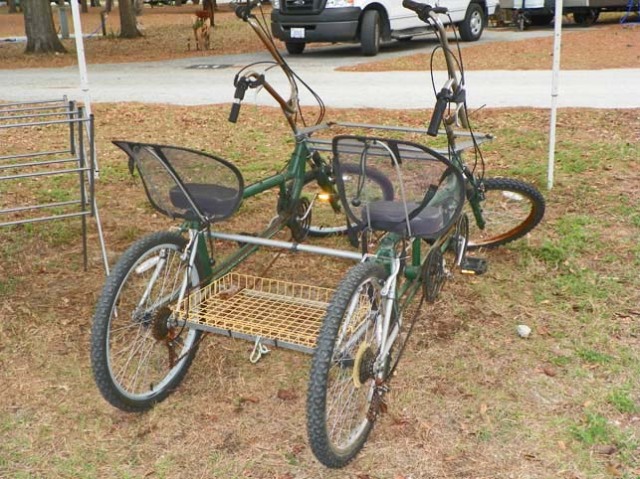 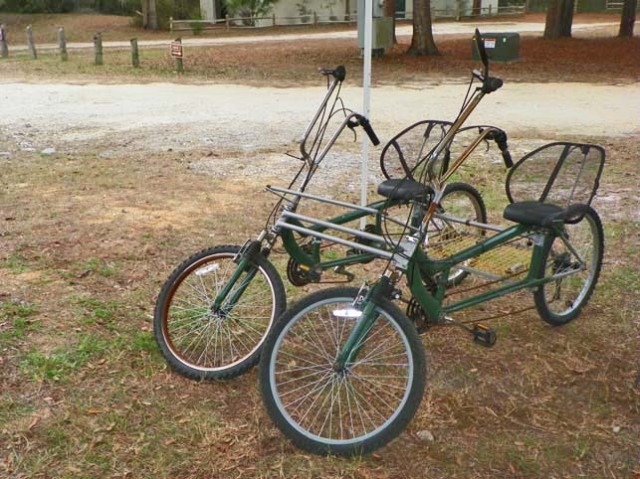 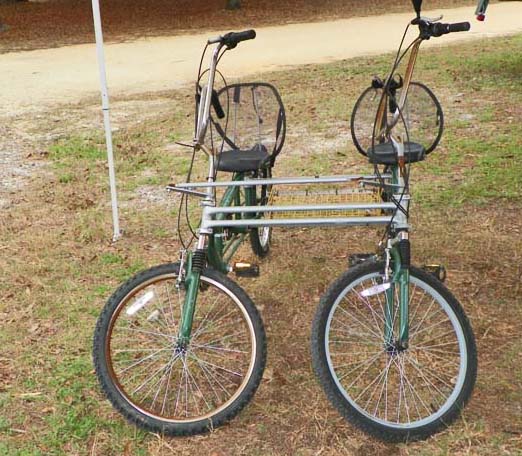 Since you’ve not received a blog for over two weeks, this post is for those who might be worrying that I have sailed off the edge of the earth.

The last 30 days have been more full of events than my usual disciplined absence of commitment.  They have also put me down in the way of more blogworthy events and crossroads.  You could say I’ve been living the blog without making time to write about it.

So, here is the report from the police blotter.

The Trek Rally in Seffner, FL.

A couple of days in Lakeland watching the black swans.

Over 200 miles pedaling on three wonderful bicycle trails supported by Rails-to-Trails.  The urban Pinellas Trail between St. Petersburg and Tarpon Springs.  Florida’s most natural trail through the ghost town of Green Pond.  And the Withlacoochie Trail, which runs through Floral City, the nation’s newest artists’ town.

At a stop long enough for my mail to chase me down, the mail pickup lasted a week at the home of a couple of generous Trekkers, who took me in and let me wander The Villages, a retirement community on steroids.

My blog fodder silo is brimming.

Today the Jolly Swag is winding up several days in Ocala National Forest, 600 square miles of my favorite hideout of my Florida Decade.  This week included several lazy days hiking overgrown trails, a solitary bench overlooking a fish-jumping pond, and a bike ride around Lake Kerr.  Yesterday, involved a fruitless several-hour scour of a grid of forest trails where the Rainbow Gathering is supposed to be–another effort tomorrow.

Soon the forest will be behind me in favor of Mount Dora, just ten miles south.

The Atlantic Ocean is still to the east.

With another six to ten weeks are planned in Florida, pray they don’t fly by like the last ten, since leaving Alabama in the rearview.

A friend from my Florida years offered a parking spot at his fish camp in the Keys—something worth cashing in on, eh?   I’ll look in on friends in the southeast corner of the state, before they have time to flee, as well as people missed in my last pass through the Tampa Bay area, and an unsatisfied curiosity about the Venice-Sarasota area.