On Dec 16th I visited the National Steinbeck Center in Salinas, Ca.

In September 1960 John Steinbeck left his Long Island home intending a 10,000-mile counter-clockwise circumnavigation of the country, an odyssey connecting the dots of the haunts of his life.

The lobby has some thoughts to ponder for the traveler. 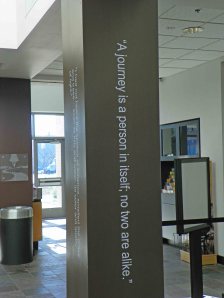 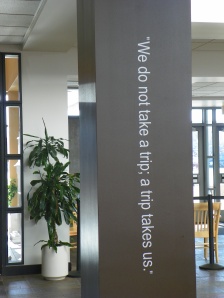 Steinbeck, who had been writing about America for nearly 40 years, believed he had lost touch with what was on the mind of Americans.  There were fewer than 180 million people residing in the United States in 1960. Steinbeck named his pickup truck with custom mounted camper shell Rocinante. 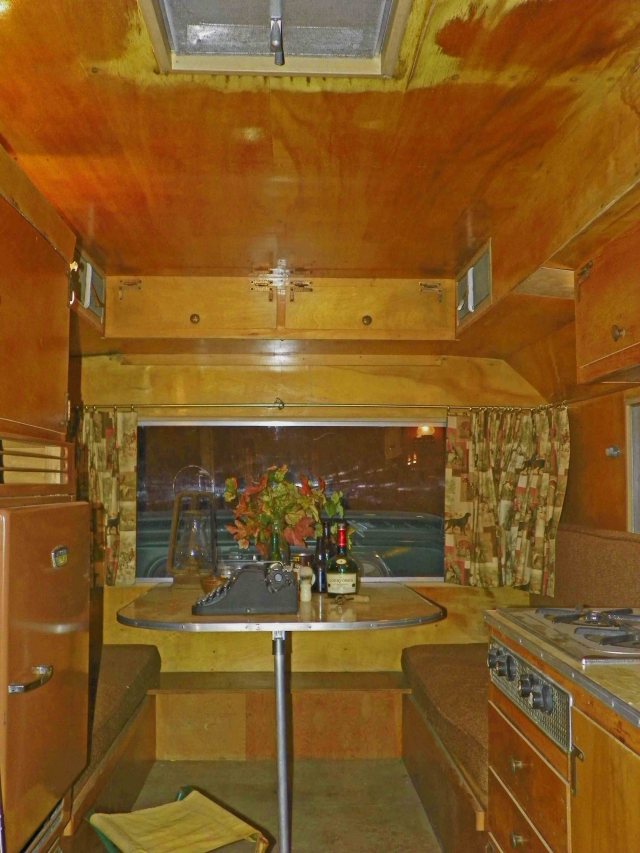 Don Juan Steinbeck, identifying his adventure with the whimsical quest of Don Quixote, and named his steed after Quixote’s.  In 10,000 miles not a single person asked about the name painted on the side of the camper.

For me, for any writer, to be close to Steinbeck’s chariot is to be bathed in inspirational writers’ unblock.

The many wonderful displays will be as nostalgic as the number of his books you’ve read or viewed on the big screen.

And you will learn the word that inspired East of Eden.

Fifty years and a month after JS set out with Charley, I set out with Lightnin’.  I started from the San Francisco Bay Area, my home for the two best decades of my life. 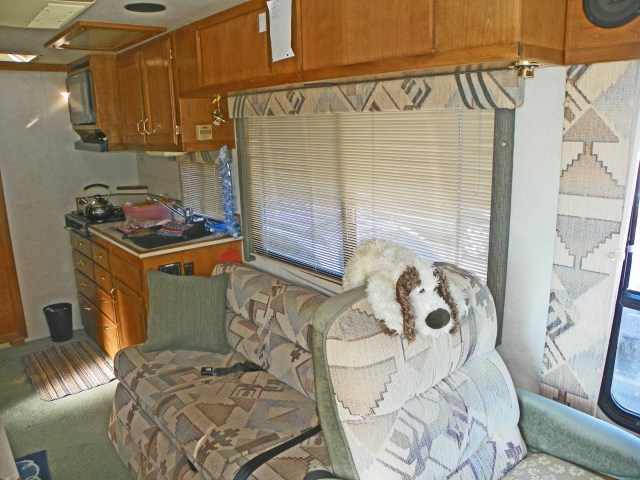 Lightnin’ at the helm of the Jolly Swag

As I plunge into a country whose people-count has grown by 70%, I will indulge my appetite for grand natural vistas and the pampering of friends and family,  And, I, too, want to know what Americans think.

I want to know the how and why the role of religion has changed so much.

I want to know our national political structure shifted from two political parties, each with a consensus around economic theory and little else to distinguish them, to single issue, political identity politics.

I want to know how the people who are really affected by our three-year-old economic stress are coping.  I expect some poorly and others cleverly.

BTW, I know I am not nearly academic enough to frame the questions or tabulate the answers, nor scholarly enough to interpret them.  But, my gregarious, inquisitive nature compels me will to ask anyway.  And I will ask them of broader collection of people than I would have had I stayed parked in Alameda.

Fifty years ago Steinbeck was appalled at the environmental rape he witnessed and feared for what was to come.  I am afraid I will find his worst fears realized.

9 Responses to The National Steinbeck Center